To put it simply, innovation in schools today is far too focused on improving teaching, not amplifying learning. -Will Richardson


Will Richardson has come over to the side of students and written a great piece that teachers like me were calling for years ago and as a result were driven out of schools. These ideas are the new mantra and being put forth as new ideas. I am happy that we are finally realizing that the internet has truly made education self education. Read Richardson's article and jump on the bandwagon if you are not already there!

We don’t let students pursue the questions most in their minds. More often than not, the sole audience for the work students do is the teacher, and it serves no real world, authentic purpose. Our kids’ passions and interests are ignored in favor of compliance to the curriculum.-Will Richardson

TDP Relationships gathered the school in Room 10 in a surprise gesture of thanks and well wishing for Young who left for Korea on Wednesday October 23, 2013. We also celebrated with cake and rice in the lunch room. She led the TDP in an in depth study of Korean culture, especially in language and food. We will miss her as she touched the hearts and minds of us all. She intends to return to SFT and the TDP for the 2014-2015 school year. The TDP will stay in touch with her through electronic means.

On Thursday the TDP explored the concept of the dialectic as a way of organizing ideas and examining how concepts change over time. One area we will use it, is in the exploration of the interaction of cultures as we study the competitive relationships of the United States and Asia, particularly the relationships of technology and work.


Friday saw us viewing the autobiography of Dorothy Day, Entertaining Angels. Dorothy Day was an American Social activist whose entire life was dedicated to helping the poor and forgotten survive day to day. It was a moving experience for us all. The relationships of rich and poor are also important as well as the idea of social mobility.
Posted by MrC at 2:14 AM No comments:

In a Learning World

TDP Relationships had a spectacular week last week. We took another trip to the Korean Cultural Center, cooked 유부초밥 (Youboochobap) and Korean noodles in the classroom and outside on the picnic tables, played a “vicious” game of Diplomacy, and examined the differences between Korean and American resume writing.

On Tuesday we journeyed  to the Korean Cultural Center to present the Center with gifts of thanks for their hospitality on our last visit.  The gifts were  handmade by the students in TDP. They included handwritten placards, framed photographs of the group taken by students, and a signed note from all of the students, signed with their Korean names in Hangul.

We traveled entirely on Metro, walking to the Ride On bus stop and taking the 49 Ride On to Rockville Station. From there we took the Red Line train to Dupont Circle. Before proceeding to the Cultural Center we enjoyed a sit down lunch at Mandu Korean Restaurant on 18th street. The students enjoyed lunch and were exceptionally well behaved and polite while we Korean dishes.

Once at the Korean Cultural Center, we presented our gifts to Adam Wojciechowicz. He expressed his sincere thanks to the students and invited us  to tour the Hangul calligraphy exhibit on the second floor. We had the honor and privilege of meeting the artist and having our photographs taken with him. After leaving the Korean Cultural Center we visited the Korean Embassy and experienced a modern diplomatic mission in operation.

On the way back to the subway we stopped off at the Indian Embassy where students Ricky and Sita conversed in Hindi with officials from the embassy. It was the third language the students used that day. It was an extraordinary experience.

On Thursday we had another cooking experience as well as a fierce game of Diplomacy. Norm is still smarting from the defeat imposed on him by Brady who conquered Venice and burned all of Norm’s barges. (in jest of course). It was a great game. Leora, Jonathan, and Sita led the cooking crew in the creation of 유부초밥 (Youboochobap) and Korean noodles. The 유부초밥 (Youboochobap) was created inside Rm 10  and the Korean noodles were the cooked outside at the picnic tables on the playground.

Friday saw us explore the differences between applying for jobs and preparing resumes in America and Korea. Young was gracious enough to share her Korean resume with us and explain the difference between expectations for applicants in Korea and the United States. We also saw clips of Young’s high school friend who is now a weather person on Korean television.

It is with a sad heart that we all say good-bye for now to Young, who has led us in our study of Korean culture and language. She is going back to Korea on Wednesday, October 23, 2013. She intends to return for the 2014-15 school year. We look forward to her rejoining the TDP and the general school community.
Posted by MrC at 4:13 AM No comments:

Maybe the Revolution is starting....

I discovered a new type of "school" that is spreading across the Netherlands. It includes so many ideas that I have thought about and tried actually in a face to face world. Rather than try to write about them I thought that I would just embed a video that describes the school so well. Let me know what you think.
Posted by MrC at 3:17 PM No comments:

Learning in a Digital Reality 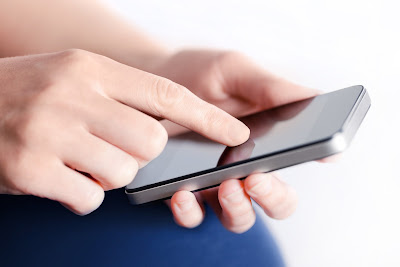 "Students still need guidance, so that part of the job is still very much relevant. Students also need knowledge to be explained, and shown how it all fits together. In other words, teachers and schools are still required"

The above statement serves as the standard apology for the school paradigm. It is almost mandatory to be included in some form in any article or video that calls for a new way of learning or you will be branded a radical with nothing to say. It is what prevents and real change from taking place. The classroom of school where things are explained and fit together in the patterns of prevailing world view needs to give way to a conversation where information is fit together in a collective analysis. School was not friendly to Einstein, to Bill Gates, to Steve Jobs, to Ken Robinson. The essential power that human beings now have to access the sum total of human knowledge from their hand (smart phone) make school, as it is presently professionally organized, not only irrelevant, but a hindrance to human creativity. 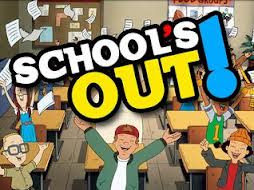 "Information is now available to anyone who is connected, and is available practically whenever they want." is a brilliant insight that does not need to be apologized for. We no longer need a professional teacher class teaching a fixed body of knowledge. We need to share the code of the alphabet and other literacies with learners and join them in the social construction of reality through past experiences, present data input, and future rearranging of the elements of reality. We do not need to learn to think outside of the box, we need to throw the box away. When ever you are thinking about learning revolutions and school reflect on this statement from Montaigne. 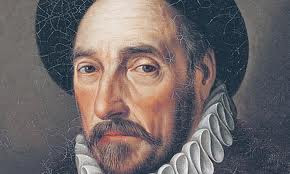 For, in truth, custom is a violent and treacherous schoolmistress. She, by little and little, slily and unperceived, slips in the foot of her authority, but having by this gentle and humble beginning, with the benefit of time, fixed and established it, she then unmasks a furious and tyrannic countenance, against which we have no more the courage or the power so much as to lift up our eyes. We see her, at every turn, forcing and violating the rules of nature: "Usus efficacissimus rerum omnium magister." -Montaigne

A Philosophy of Education

Minecraft is a very popular game-like construction world which many students are very interested in. A student of mine has begun to create a series of videos about his experiences in the Minecraft world. Enjoy.
Posted by MrC at 6:49 AM No comments:

MrC
I am learning more about myself and the world around me everyday.